Just before the election, timed for greatest effect, Attorney General Barr will release his special investigator's report in his quest, in the service of President Trump, to invalidate the entire Mueller report. He has often made clear that objective. He has said that "the F.B.I. launched an 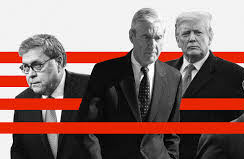 intrusive investigation of a U.S. presidential campaign on the thinnest of suspicions" and that the Mueller probe that ensued was “one of the greatest travesties of American history.”

Barr had tapped Connecticut's U.S. Attorney John Durham to scour the world to find proof of his theories. As he did with the Mueller findings, Barr is characterizing Durham's investigation before the public learns of it, saying he is “troubled” by what Durham has found. Barr would in fact be troubled only were Durham to find nothing.

There is traditionally a 60-day quiet period before an election during which any new discoveries are put on ice out of concern they could be unfairly disruptive.

Near the end of July, Barr finally appeared before the House Judiciary Committee where Rep. Debbie Mucarsel-Powell (D-Fla.) asked him if he would “commit to not releasing any report by Mr. Durham before the November election?” Barr answered, "No". Just as former FBI… Read More »

The Nightmare Scenario of the Coming Election

Medical experts are certain that Covid-19 will return in the fall, compounded by the regular flu season, setting off a new wave of illness and death if Americans slack off in distancing and masking, the latter a practice they have so far not adopted.

In the midst of this comes the presidential election on November 3rd. A debate rages as to whether it is sensible to require people to gather at polling stations where they must wait on lines, walking through each other's wake, ultimately to touch screens and devices that others have handled before them. Why not make mail-in ballots available to everyone?

The Republican reaction to that proposition has been apoplectic, with President Trump in the lead. They are waging a battle against voting by 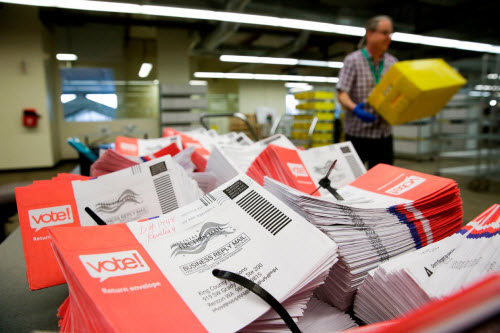 mail using the claim that absentee ballots are subject to fraud. Historically, there has been vanishingly small cheating to back up this claim, but given an election in which the incumbent is… Read More »

Is Trump Thinking About Quitting?

Is President Trump toying with the idea of quitting the race? Given his penchant for playing to crowds, might he choose the Republican convention in August as the moment to stun the devoted with an announcement that he is withdrawing, leaving Mike

Pence as the default candidate or throwing the convention into chaos as others grapple for the nomination?

It is Trump's conduct of late that has caused several commentators to speculate about that possibility. His every action goes against the people… Read More »

Or to Stay in Power Will He Steal the Election?

On the eve of the Fourth of July under Mount Rushmore, President Trump vowed that the "American people… will not allow our country and all of its values, history, and culture to be taken from them...Not on my watch." It was anger against the

mindless who are tearing down statues, many having "no idea why they are doing this", but it was aimed at far more than them: there is "a new far-left fascism" as he sees it, a "left-wing cultural revolution…designed to overthrow… Read More »

That notice we just sent you
Our biggest problem? Finding new people. People not finding us. Could you give us a hand? Forward our e-mail notice to your address list with just a simple note such as "I subscribe to this and thought you might find it interesting". It's more subscribers or quit. Thanks so much!

U.S. in the World

Is Pandemic the Death Warrant for Globalism? It's given populist nationalism a boost Jul 18 2020

For decades the decided world order has been a liberal internationalism of cooperative relations between countries and free markets in which multinational companies flourished. Emerging market countries 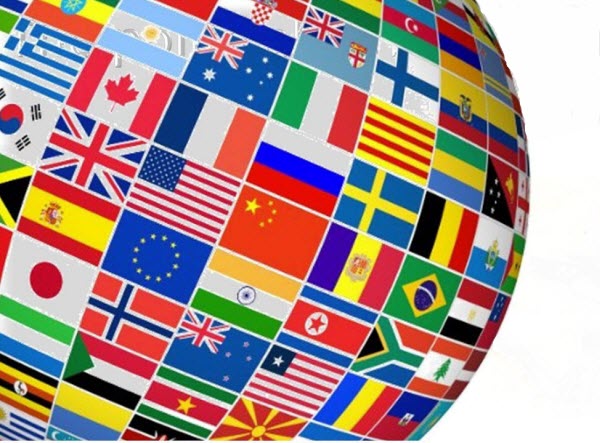 attained a prosperity never before seen, and poverty around the world was dramatically reduced.

But developed countries such as the United States saw manufacturing plant closures, millions of jobs moved offshore, the soaring wealth of the multinational ownership class, and working class wages that, dollar-adjusted, have stagnated for decades.

New leaders riding a wave of populism have traded on the growing discontent of the left-behind and have championed nationalism as the answer. In the U.S., Donald Trump won the presidency on an "America First" platform of building walls to stem immigration and tariffs to curtail imports. What could have played into their hands better than a pandemic? The world shut down and closed its borders. "It is a true gift for them", said the head of a Paris think tank. Is globalization finished?

As Covid-19 spread, countries looked to their own needs. Nationalist leaders saw in the steps to be taken to confront the pandemic the opportunity to extend their grip as they issued orders to shut down unessential businesses, dictated what others are to produce, and imposed quarantine on their people. Once assumed, those powers are unlikely to be relinquished.

The process has pit country against country, threatening in an instant the web of collaboration that had become the norm for most of the world. At least 75 governments banned the export of personal protective gear leaving poor nations who don't manufacture this matériel exposed to the virus. The scramble to find medical equipment led to spats between allies. Outraged Germany called it “modern piracy” and “Wild West tactics” when the U.S. commandeered shipments of face masks headed for Europe.… Read More »

President Trump has said that people choose to wear masks to show dislike of him. He has it backward. Those wearing masks hope to avoid a horrible disease. It is those who refuse to wear a mask who are making the statement, showing their support of Trump by following his lead: the example the president has set to not wear a mask if it doesn't suit you. Perhaps the virus will take note of your vanity concerns and move on to the next person.

"I think wearing a face mask as I greet presidents, prime ministers, dictators, kings, queens, I don't know, somehow, I don't see it for myself. I just don't."

The strange irony is that Trump, who views restoration of a healthy economy as key to his re-election, condones the very behavior necessary to keep people healthy enough to rebuild that economy. 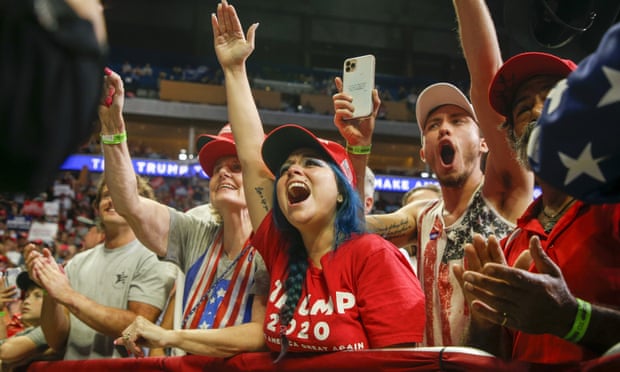 Rally in Tulsa: No distance, no masks, except for a small minority.

There may be a deadly pandemic loose in the world, but for Mr. Trump self-image takes priority. A mask would make him appear weak, seems to be his thinking, as if his mask-free countenance will make SARS-CoV-2 sound retreat. With everyone around him tested daily, he can feign bravery, strutting defiance for his followers to see. Playing to them, he mocks Joe Biden, saying he's hiding in his basement, and fearfully masked when he ventures out.

His followers copy him, adopting ideological tribalism. To that they add their own proud self-image of being an American standing tall for freedom and personal liberty. No one gets to tell them what to do.

Former Major League Baseball player Aubrey Huff says, "Hell, I would rather die from coronavirus than to live the rest of my… Read More »

If you find LetsFixThisCountry interesting please spread the word